You're viewing docs for v5.15.4, an older version of Font Awesome.

Our new duotone style provide a version of every icon in Font Awesome that has two distinct shades of color. They're great for adding more of your brand or an illustrative quality to the icons in your project.

Before we start, make sure you review the following:

If you'd like to use duotone icons on the desktop, we currently recommend using the duotone-specific optimized .svg vector files. These can be found in the /svgs/duotone folder of your "Font Awesome Pro for the Desktop" download. While the ligature-based font files we include are usually the easiest way to go, there are some technical limitations when it comes to multi-layered icons.

Adding a Duotone SVG Icon
In a desktop design application that supports working with .svg files, open any of the individual duotone SVG icons found in /svgs/duotone. You should see an SVG shape that contains two distinct layers. 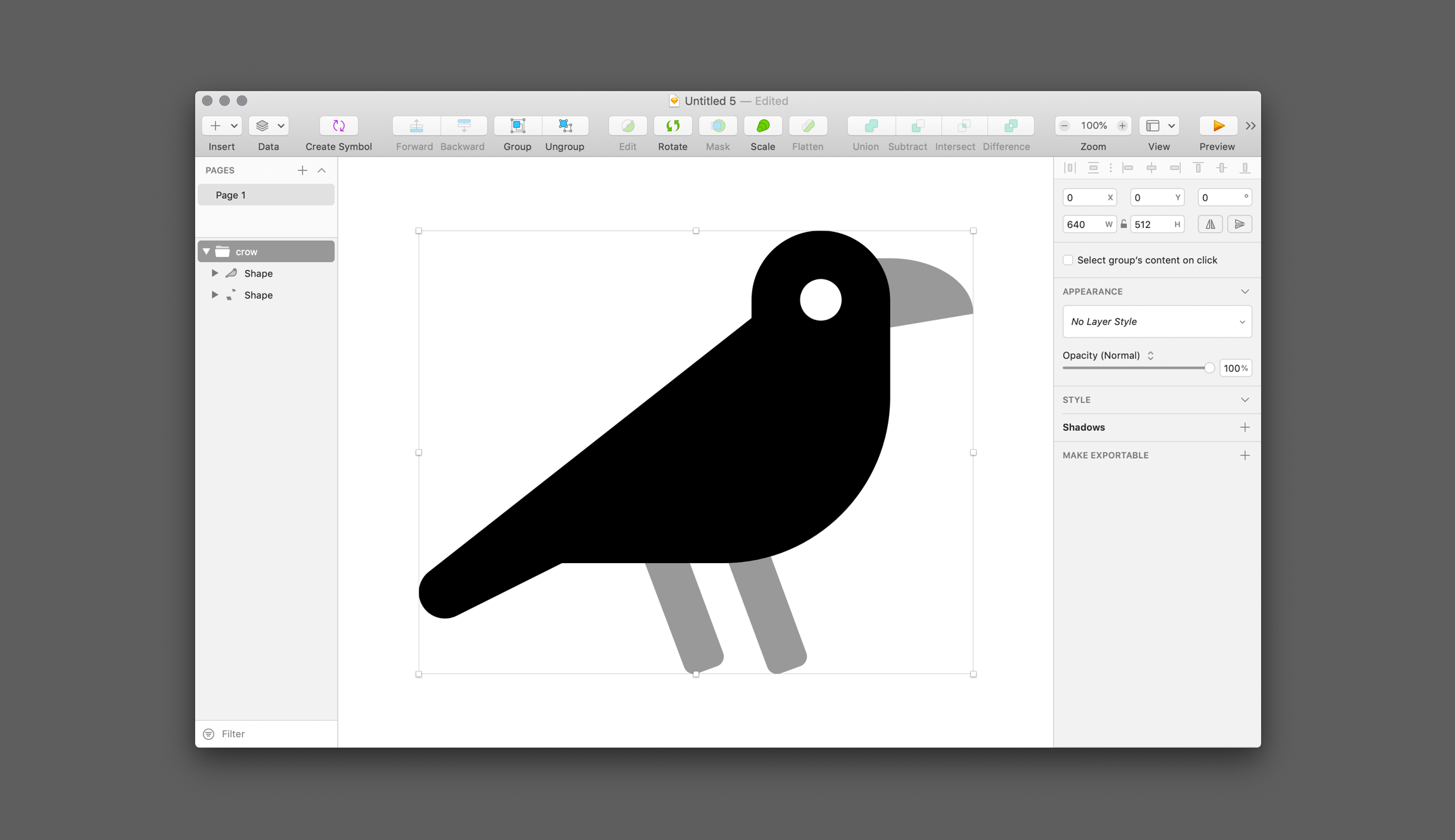 Changing Layer Colors and Opacity
Once open, you can manipulate the opacity and color of individual layers in the SVG you opened. 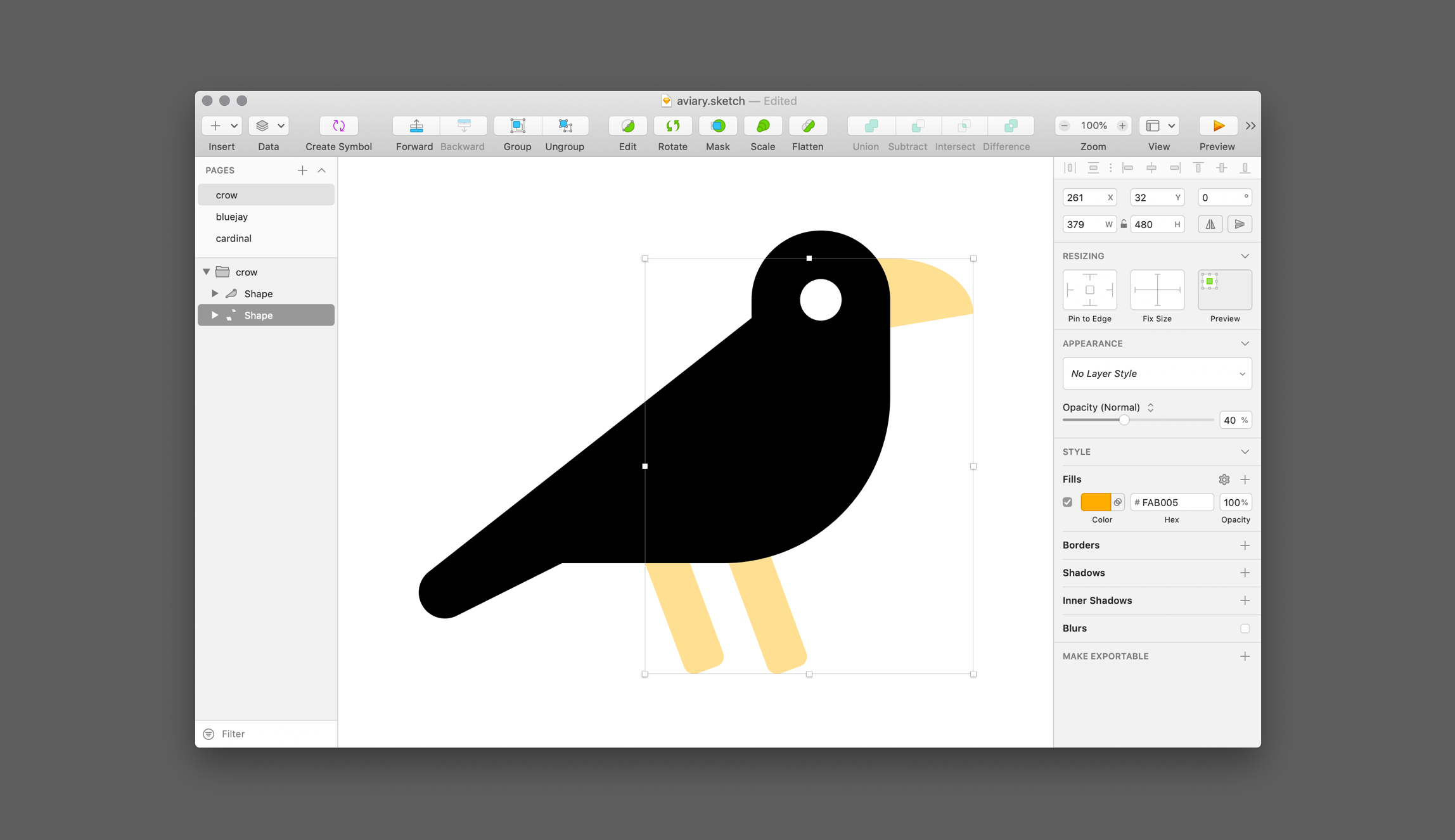 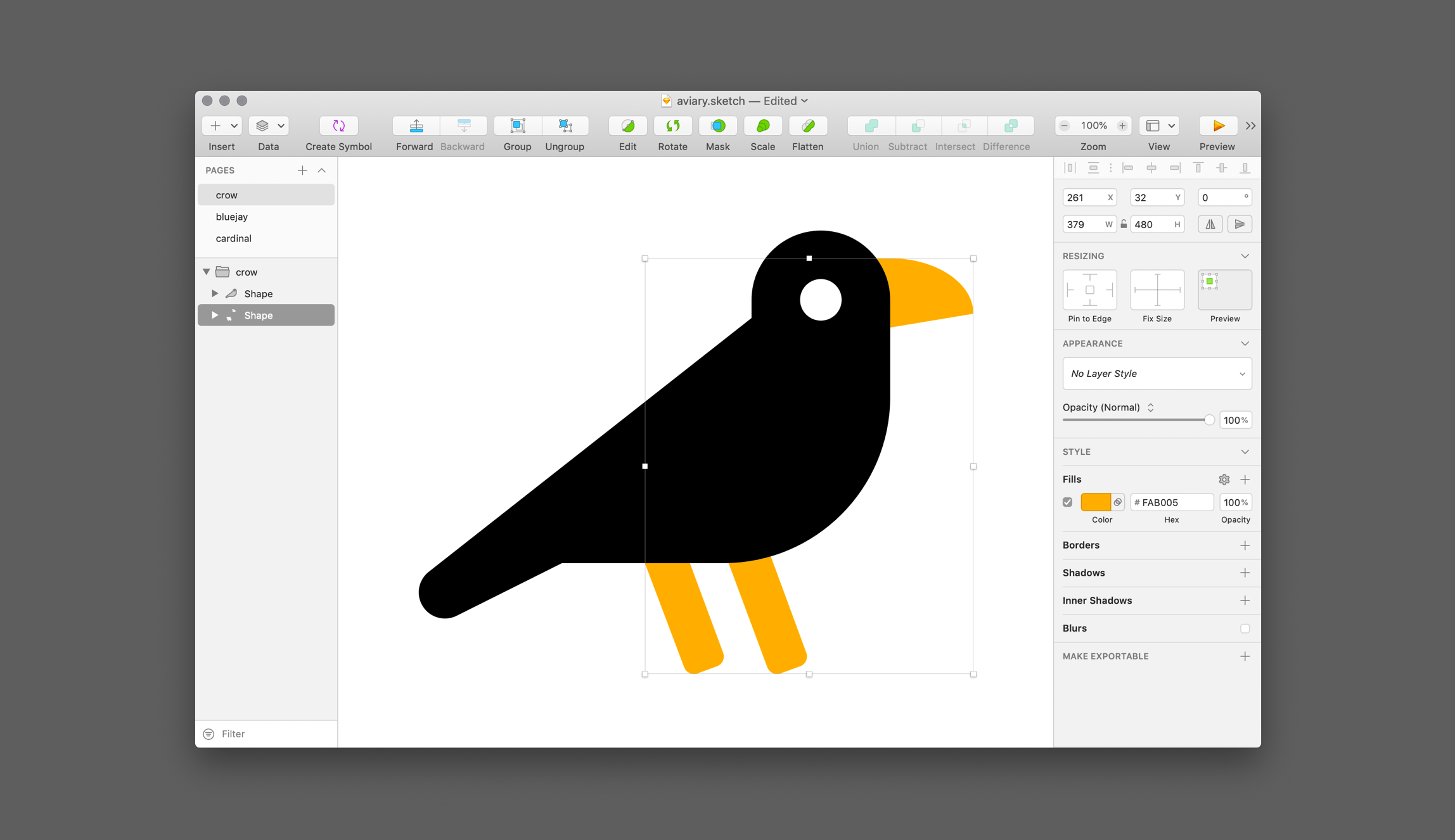 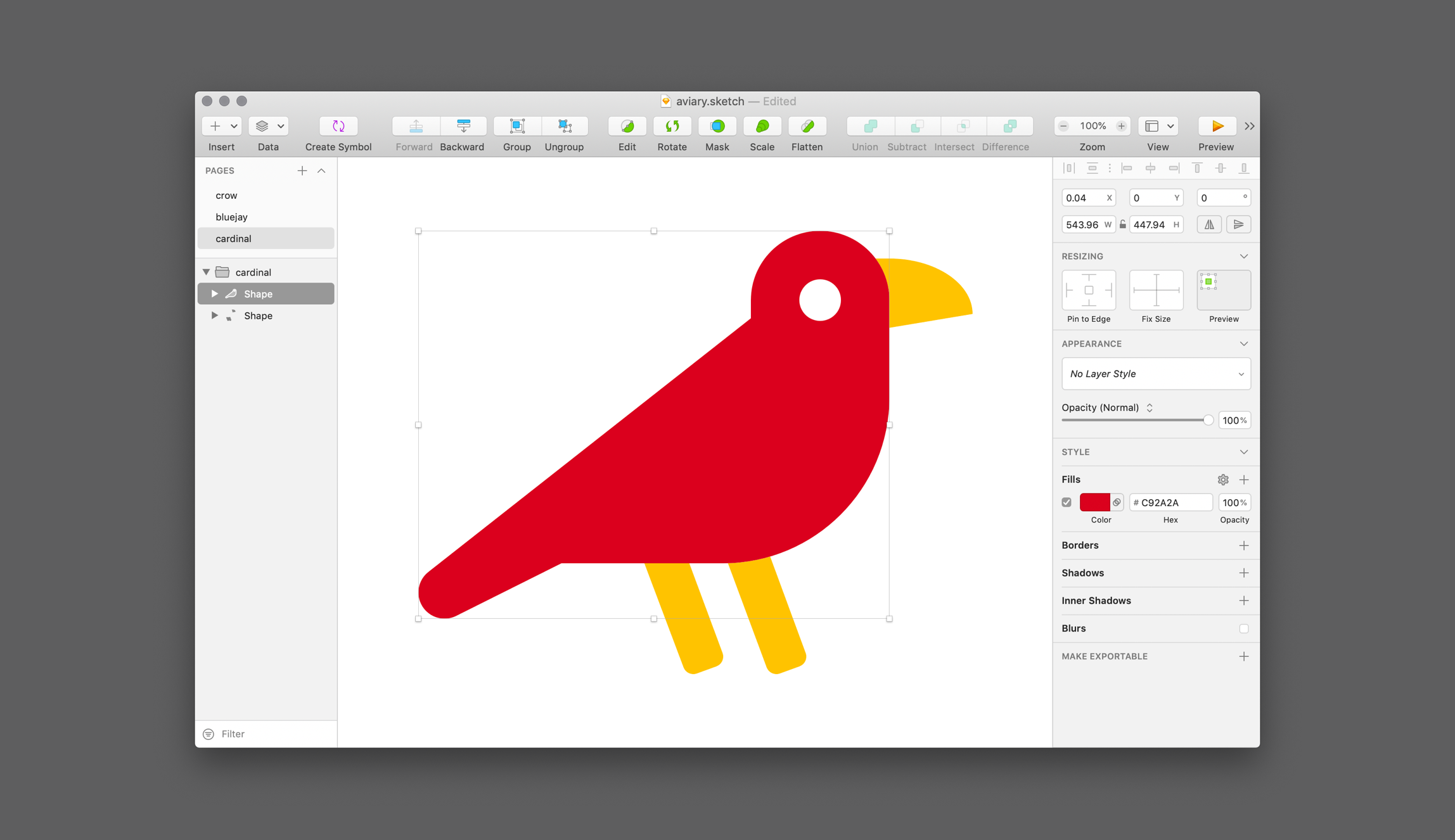 A word to the Wise

Since you are making direct edits to the SVG, we recommend saving any changes you make in a new file and keeping files organized for future use.

While we've included a duotone ligature-based font file in our Pro desktop download, we can't recommend it as a way to use our icons on the desktop.

After downloading "Font Awesome Pro for the Desktop", you can find and install and activate the duotone style at /otfs/Font Awesome 5 Duotone-Solid-900.otf. The duotone typeface works like our other ligature-based .otf fonts once installed and activated. There is one big difference however. Each icon's layer has been split into two separate glyphs, a primary and a secondary. You'll need to reference each in a separate text layer and then visually align those layers. 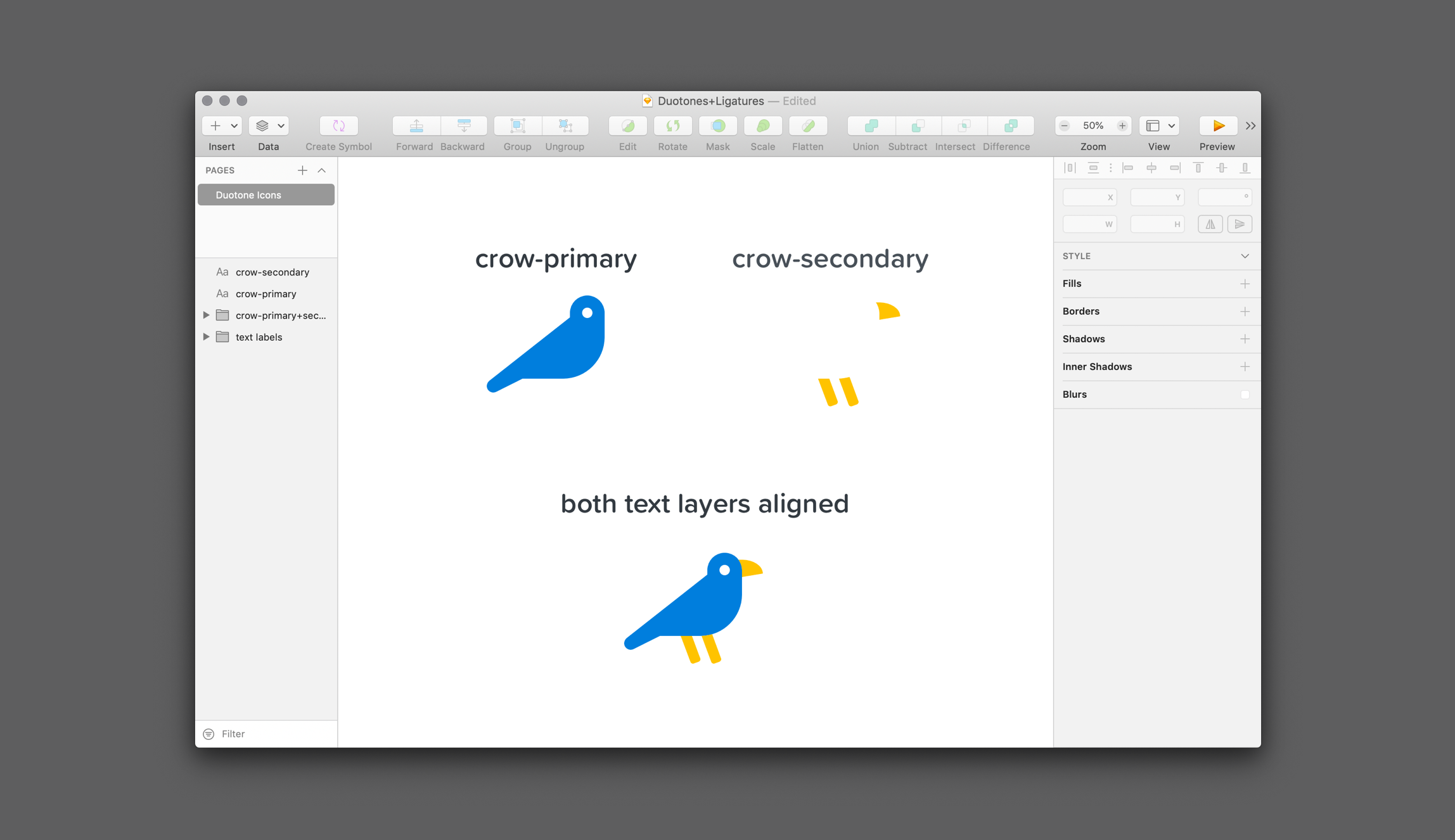 Why have we separated duotone icons into two glyphs in the font file?

If you've followed the OpenType spec you may know about SVG in OpenType. It allows colors, gradients, opacity and generally all the available options of the SVG format to be embedded in an OpenType font file. You are already familiar with this technology if you've ever used an emoji on your Android or iPhone device. If you haven't used an emoji, seriously; what have you been doing on your phone?

We experimented with this technology while we were adding the duotone feature and found it had one major drawback: it doesn't inherit color. In desktop apps that we tried (Photoshop, Illustrator, and Sketch) the opacity worked well but the icons always remained a boring gray, unable to be changed unless you broke it up into outlines. This ability to inherit color is supposed to work (opens new window) and does in most Internet browsers. In desktop apps, though, it trips over its shoelaces and face-plants into failure.

We're on the Lookout!

We are going to keep our eyes on this as more vendors implement more of the OpenType spec. When it's ready for prime-time we'll most likely release an update that makes this fully magical to use.

Be Mindful of Accessibility with Duotone Icons

Duotone icons are comprised of two layers with different color values, which make them more complex symbols. Read up on some accessibility best practices to be mindful of when using them on the web, desktop, and in print.